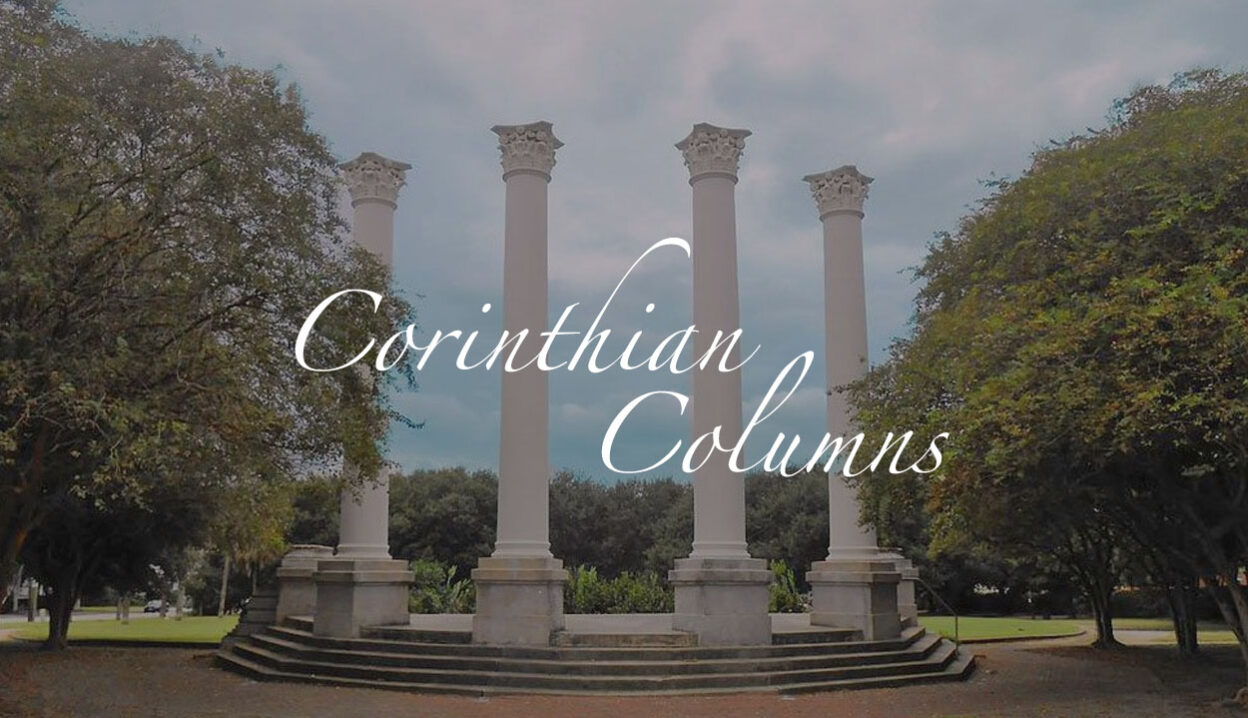 Charleston is a city that’s crazy about columns. It’s been that way since the early days. In fact, a few of our more historic columns have survived challenges that turned other architectural treasures to rubble. Civil War shelling, earthquakes, hurricanes and the periodic insanity of urban renewal have been flattening buildings for centuries, but occasionally their original columns live on.

A good example can be found in the ruins of the old Charleston Museum at Rutledge and Calhoun streets. The building is gone with the wind (or fire, in this case), but its columns, with their beautiful Corinthian capitals, have been preserved. Columns like the old Museum’s have become symbols of our community’s grace and grit. Many are in the Corinthian style, an ornate design said to be inspired by a basket left as a graveside offering in the fifth century BC.

According to legend, a Greek architect named Callimachus noticed the way an acanthus plant weaved its leaves up through the basket. He was so taken by this vision, he carved it into a new capital — the decorative topmost section of a column. Instead of the simple lines of the Doric capitals or the swirling arms of Ionic columns, the new design was far more elaborate. It never really caught on with his fellow Greeks, but the Romans fell in love with it. The upper tier of the Coliseum is Corinthian, and Roman builders used the flowery shape throughout Europe to decorate everything from aqueducts to stands for potted plants.

Here in Charleston, you’ll see variations of the Corinthian capital in some of our most beautiful residential, civic and commercial architecture — old as well as new. Many South of Broad single houses employ the classical order on their piazzas, with Corinthian columns on the top level. Throughout its history, Charleston’s architects have maintained a love affair with the Corinthian capital. However, its beauty and strength goes beyond architecture: just take a look at Disher, Hamrick & Myers’ logo. Whether it’s on a real estate sign or a tall entryway column, the Corinthian design is one of the most enduring and popular in Charleston.