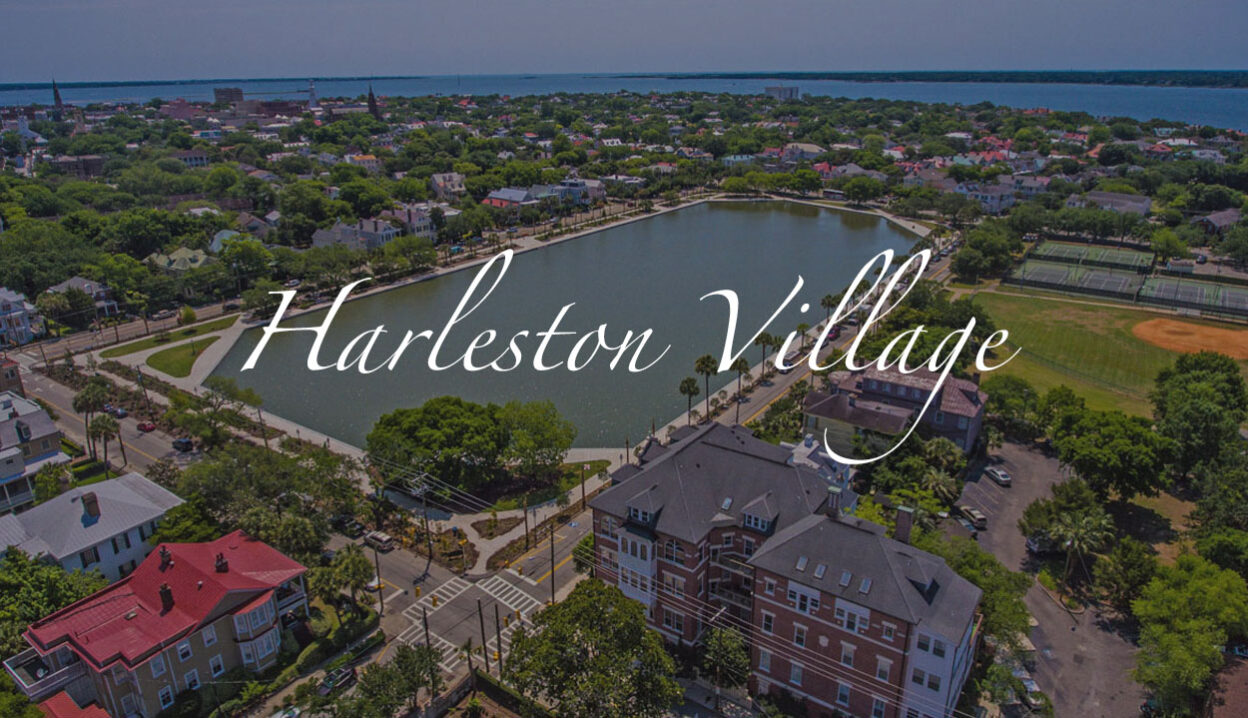 Downtown’s Harleston Village — bordered by Calhoun, Broad and King Streets and the Ashley River — is one of Charleston’s oldest neighborhoods. The land was granted to John Coming and Henry Hughes in 1671-1672. John was first mate on the Carolina, one of the first ships to bring settlers to the colony. Upon Coming’s death, the property passed to his wife’s nephew, John Harleston. The Harleston family was active in colonial government, and the subsequent neighborhood inherited this surname. The village was developed for residential and other uses by 1770. Its streets were named after prominent men of the day, including Beaufain, Bull, Gadsden, Montagu, Pitt and Rutledge. Tidal marshes along the Ashley River powered numerous lumber mills that dotted the area until the arrival of steam power in the 1880s. Housing also continued to populate the neighborhood throughout the 18th and 19th centuries.

Harleston Village is the home to several historic “firsts.” The College of Charleston was established in 1770, the same year as the neighborhood. The CofC is the oldest educational institution in the state, and indeed the oldest south of Virginia. It was also the nation’s first municipal college. The first golf club in America, c. 1786, played in Harleston Village. The golf course is likely the origin of the appellation “Harleston Green,” which is another common name for the neighborhood.

At the heart of Harleston Village is Colonial Lake Park. Its origins date back to 1768, when an Act of the Commons House of Assembly set aside land for a park that would always remain for public use. It was known as the Colonial Commons. By 1869, what became known as the Rutledge Street Pond was completed. For decades, small boats were allowed on the water. In 1881, it was renamed Colonial Lake after the old Colonial Commons, and that name remains today. In the early 1880s, a landscaped promenade was built around the lake. The grounds have been continually improved, with the most recent overhaul having just been completed in 2016. Today, the picturesque park is surrounded by grand old homes and attracts families, dog walkers, joggers and visitors alike. Across Ashley Avenue is Moultrie Playground, which also has tennis and basketball courts, a baseball field and picnic areas. These facilities make the area popular with families, outdoor enthusiasts, and fitness buffs alike. 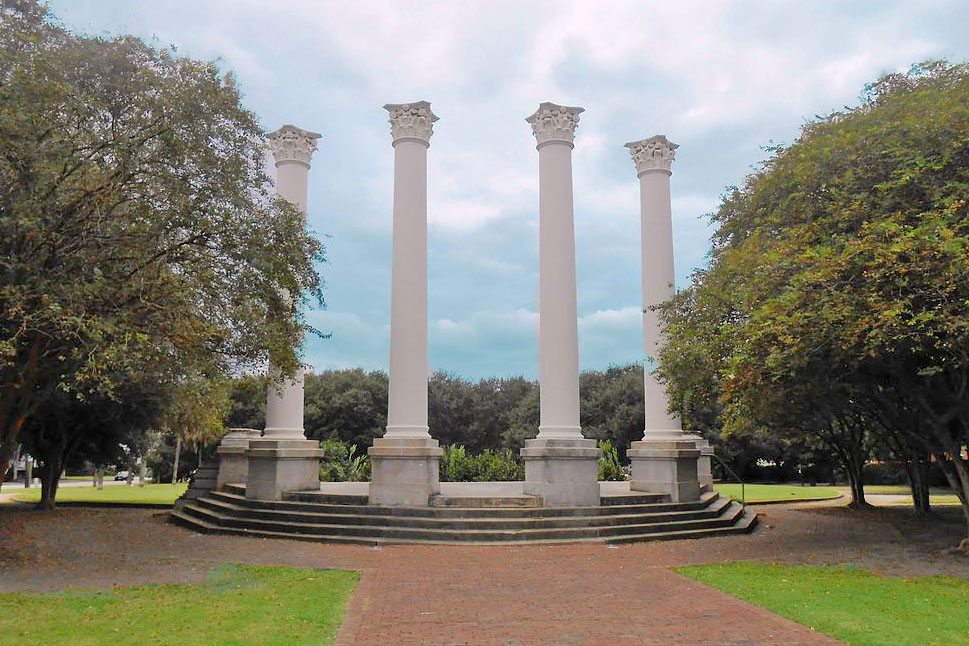 Another popular public space in Harleston Village is Cannon Park, which houses the columns of the old Charleston Museum, which burned down in 1981. But that site is not the only place where you might experience the ghosts of Charleston past in Harleston Village. Another square that was reserved for public use in 1680 became the site of a hospital, poor house, runaway slave workhouse and eventually the Old Charleston Jail – reputed to be one of Charleston’s most haunted places. Most recently used by the American College of the Building Arts, the structure is now under consideration for renovation into office space that will also allow for tours of the site.

Much of the neighborhood is walkable, with markets, coffee shops, and restaurants all nearby. Some of the more popular dining options, from fine dining to waterfront casual, are:

Harleston Village has a diverse mix of housing. Options range from historic 18th, 19th and 20th century mansions, to converted condominiums (like 55 Ashley Avenue, once the Baker Hospital), to more modern homes and tall condo buildings. With the College of Charleston inside its borders, you‘ll find a combination of students and renters along with homeowners. This is an ideal location for investment properties as well as primary residences. DHM currently has an excellent investment opportunity in Harleston Village consisting of 4 multifamily homes with off-street parking for 20 vehicles. For more information and help navigating the real estate market in Harleston Village, count on Disher, Hamrick & Myers to Open Every Door…

View All Homes For Sale in Harleston Village