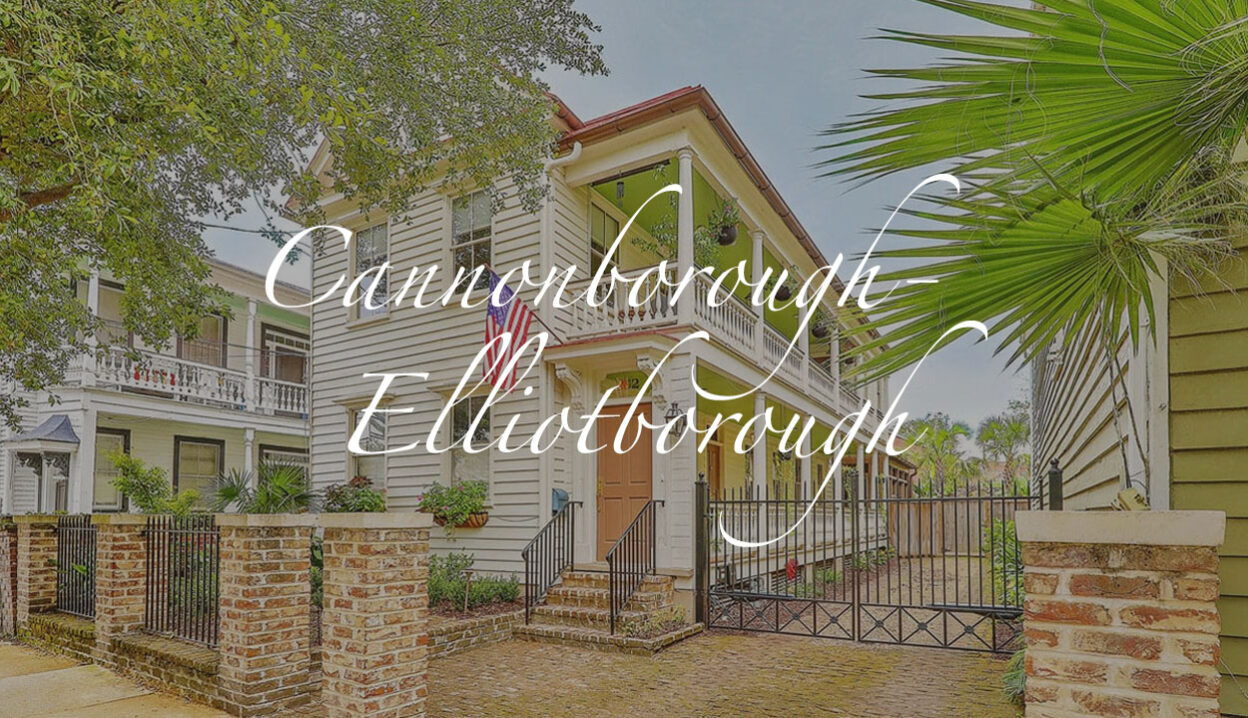 Cannonborough-Elliotborough is an up-and-coming transitional neighborhood populated by students, young professionals, and long-time local families. Rife with redevelopment, it offers some of the more affordable housing (both fixer-uppers and renovations) on the Charleston peninsula, as well as a number of hip restaurants, corner stores, and cocktail joints all within walking distance.

Located on the downtown Charleston peninsula, the Cannonborough-Elliotborough neighborhood is bordered by the Crosstown (Septima P. Clark) Espressway on the north, Bee and Morris Streets to the South, President Street on the east and King Street to the west. Rutledge Avenue creates the boundary between Cannonborough to its west and Elliottborough to its east, but today, the two neighborhoods function as one with no border. Much of the land was originally marsh that has since been filled in. Major roads include Spring, Rutledge, Bogard, and Line Streets. The MUSC campus, College of Charleston, Charleston School of Law, Upper King Street, and the Crosstown–with access to all areas of Charleston–are all nearby.

The area was first settled 1785 by Col. Barnard Elliot, a planter and member of the Provincial Congress for whom Elliotborough is named. Cannonborough is named after Daniel Cannon, a carpenter and mechanic who owned several lumber mills in the area. Throughout its history, it has been populated by blue-collar workers and ethnic groups. As agriculture gave way to industry in the mid-19th century, lumber mills, and shipping and rail lines moved into the area to take advantage of its lower costs. With them came blue-collar workers, immigrants of various ethnicities, and freed slaves. German, Irish, Polish, and Jewish residents lived alongside African-American and working-class whites.

During the mid-20th century, Cannonborough-Elliotborough experienced the same “white flight” as other American cities, and became largely African American. The completion of the Crosstown in 1967 disrupted the residential climate of the area and furthered its decline throughout the 1970s and 1980s. Today, the neighborhood is experiencing a revitalization that is returning it to its roots with a mix of workers, students, older residents, and young families. The conversion of Cannon and Spring Streets from one-way thoroughfares to two-way traffic seeks to further encourage community growth.

Cannonborough-Elliotborough has always been known for its vernacular architecture rather than the grand mansions and gardens in other parts of historic Charleston. However, it does have its own noteworthy structures. For example, it contains a high concentration of the city’s remaining Freedman’s cottages. Charleston single houses and Victorian homes dwell next to more modern structures. While the area is mostly residential, churches and small local businesses also dot the area. And it has a greater concentration of corner stores than other parts of downtown Charleston.

In the past few years, several of these corner stores and other structures have become home to local favorite joints as well as new and exciting culinary concepts. Residents and visitors alike flock to the area to enjoy restaurants including:

Cannonborough-Elliotborough even has its fair share of fine dining such as:

If you are looking to join a diverse, growing community where property values are still relatively reasonable for downtown Charleston, consider making this neighborhood your new home.

View All Homes For Sale in Cannonborough-Elliotborough